I forgot to mention in the preview that I added a new merchant in town. She specializes in newly added items that doesn't really drop from anywhere else. You can expect her inventory to change from patch to patch. 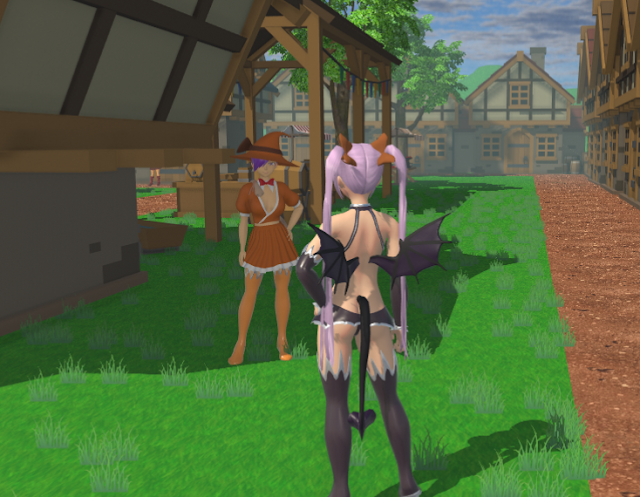 Otherwise, the meat of the patch is in the final boss in the Woods area. If you want a shortcut to her, open the console and type the following: m_goto "woods_boss". (without the .)

- Fixed bug that cause units to disappear if you load a save with CP > CP_LIMIT. They are now placed into reserves.
- Fixed CP for units not updating correctly upon leveling
- Fixed a possible cause of crash "e.has is not a function"
- Fixed a infinite $ bug by repeating the Goblin Capture quest
- Fixed issue with bandit_axe left attack have wonky hit box (problem is the swing animation was too fast)
- Added new equipment: "angel_wing"
- Added new equipment: "demon_tail"
- Implemented 3 new vine/tentatle moves (that should work for +/-30% to the standard body size)
- Implemented new Boss at end of Woods stage (actual boss with several new abilities and not a regular unit with super stats)
- Added experimental modding command "export_unitdata" for exporting the player unit data. You can use this to tweak a unit using in-game tools and
-   then use this command to generate the json output to be used in unit_data.json.
-   NOTE: you will need to adjust the stat of the unit manually after pasting.
-   eg. export_unitdata "MY_UNIT_ID"
- Fixed bug that caused non-unique range units to fire faster than intended
- Added a new object interaction type: Rest -> this fully heals the party, without teleporting the party to the starting zone
-   Can only be used once
- Patched a savefile data corruption problem causing impact damage to cease working after visiting town
-   I don't know what caused the data corruption at the moment, persumeably due to bad weapon data somewhere.
- Added a new merchant in town that sells items that are recently implemented to the game, but can't be found in game
- Fixed bug with "m_load" sometimes not loading units correctly
- Fixed bug with slaver npcs not showing up
- Fixed bug that caused dungeon generation to fail for dungeons with 1 or 2 rooms
- Fixed a couple bugs from v5.09