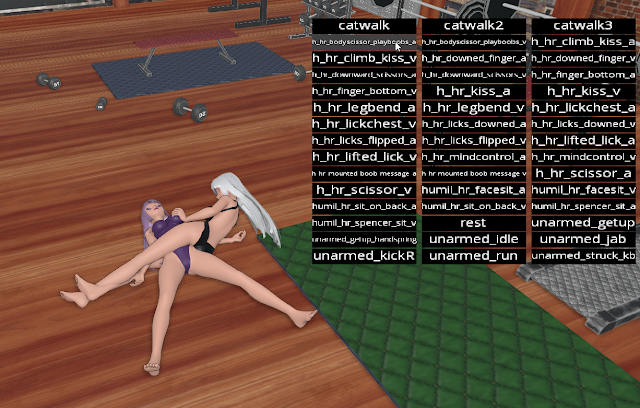 Here is the the first look at some of the ported moves from HR. Note: still lots of things todo: face expressions, fill the holes in hair, physics, etc etc.

Originally I considered porting all the moves over from HR. But decided against it because 1) some moves are redone in HRT, going to port HRT moves over in the future as well. 2) the automagic retargetting system I setup to port the moves over from HR isn't perfect; It still takes a bit more manual effort to readjust each move than I would liked, so it is only worthwhile to port selected moves rather than everything.

There are still futa_* (m/f) and punish_* (wrestling, non H) moves left over. I am definitely going to port the m/f moves over as well. But I am not sure if it's worthwhile to port the wrestling moves over. In HRT I seen some requests for mods to remove the "ground_punch" move so perhaps those things aren't in demand? Let me know in the comments.